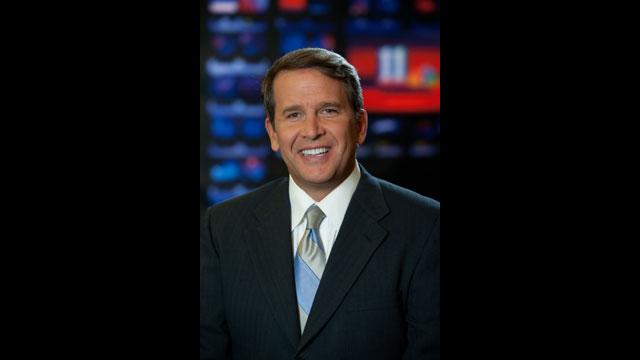 Mr. Hall went to Bethel College and Brown Institute in Minneapolis, Minnesota, and started broadcasting in 1983 in some of the smallest but most enjoyable places imaginable. He was also a disc jockey, news and sportscaster and commercial producer at KNAB-AM/FM in Burlington, Colorado followed by the smallest TV station in the country, KLOE-TV in Goodland, Kansas. From KLOE, he went to KWCH-TV in Wichita, Kansas as a morning news anchor. He then did sports in Lawrence and Topeka, Kansas before heading to Knoxville. Ted Hall’s career highlights include reporting for CBS Network News during a multiple murder in Western Kansas, sports reporting for ESPN and serving as a reporter for NBC News Channel.

He is happy to be involved with several charities in the Atlanta area: Coaches Curing Kids Cancer, The American Cancer Society, The Brain Tumor Foundation For Children, SafePath, CASA and others. Ted is active doing whatever his kids are doing: church, Braves, Thrashers, Hawks or Falcons games, movies, concerts, speaking to schools, churches or other groups. On the weekends, he loves to: UNPLUG, relax…spend time with his family.